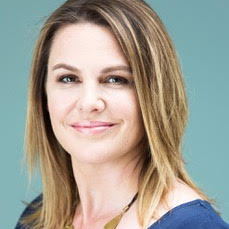 Ms. Beringer served as Facebook’s Vice President & Deputy General Counsel from 2013-2020, where she led Facebook’s global regulatory, litigation, privacy and product teams. Prior to joining Facebook, she was a partner at the international law firm Gibson Dunn, where she built and led the firm’s Information Technology & Data Privacy practice group and was recognized as one of California’s Top 100 lawyers for her creative advocacy on behalf of media, entertainment and technology companies. Ms. Beringer serves on the West Coast Advisory Board of the Child Mind Institute and is training to be a certified intuitive guide with the Institute for Intuitive Intelligence, with the goal of leading people and communities teams to release fears and limiting beliefs in order to achieve ultimate freedom and purpose. Ms. Beringer received a law degree from Yale Law School in 1996, and she received her undergraduate degree in History from UCLA in 1992, where she was awarded the History Department’s top prize for her thesis analyzing the impact of the US civil rights movement on the emerging women’s movement.