I Did The Time… The Time Didn’t Do Me: An Interview with Villond Cook

On a bright, chilly day in February of 2020, award winning film producer Fritzi Horstman and crew began work on a beautiful and heartbreaking PSA series, the first of which was titled Step Inside the Circle.  This short film gave viewers an unprecedented look at the lives and childhood experiences of 235 brave, traumatized and incarcerated men.  One of those men was Villond Cook.

Fast forward to several months later.  It’s Tuesday morning and the staff, volunteers and I at Compassion Prison Project greet each other as we do each week, with faces popping up, filling our computer screens like a modern-day tribute to The Brady Bunch.  On this particular Tuesday, we meet some of the newest volunteers at CPP.  The new members of our team, who were formerly incarcerated, join us from locations across the country. Among them is Villond; a soft-spoken gentleman with gracious manners and an unassuming demeanor.

A few days pass and I email Villond to ask, on behalf of CPP, if we might interview him.  I explain that we’d like to share more first-hand experience stories like his own on our website and social media platforms.  He is quick to respond and politely replies that he feels honored to help.

At 51 years old, Villond, having recently finished serving a 32-year sentence at Lancaster State Prison in California, says that being incarcerated allowed him to grow into the person he is today.  He recalls that he made a few friends along the way who became like extended family, which he points out is common with lengthy incarcerations.  When asked if he experienced mistreatment by the staff of the prison, his answer is brief and to the point… “Yes, I was mistreated by staff and officers, more than I can recall.”

Because COVID restrictions keep us from sitting down together to talk in person, Villond agrees to email me his answers to the questions posed by Compassion Prison Project.  As I sign off from my computer, I find myself wondering if he’s aware of what a gift he and his fellow volunteers are to the CPP Community.  By offering his time, sharing his perspective and reflecting on over three decades in the prison system, Villond can teach us a lot. 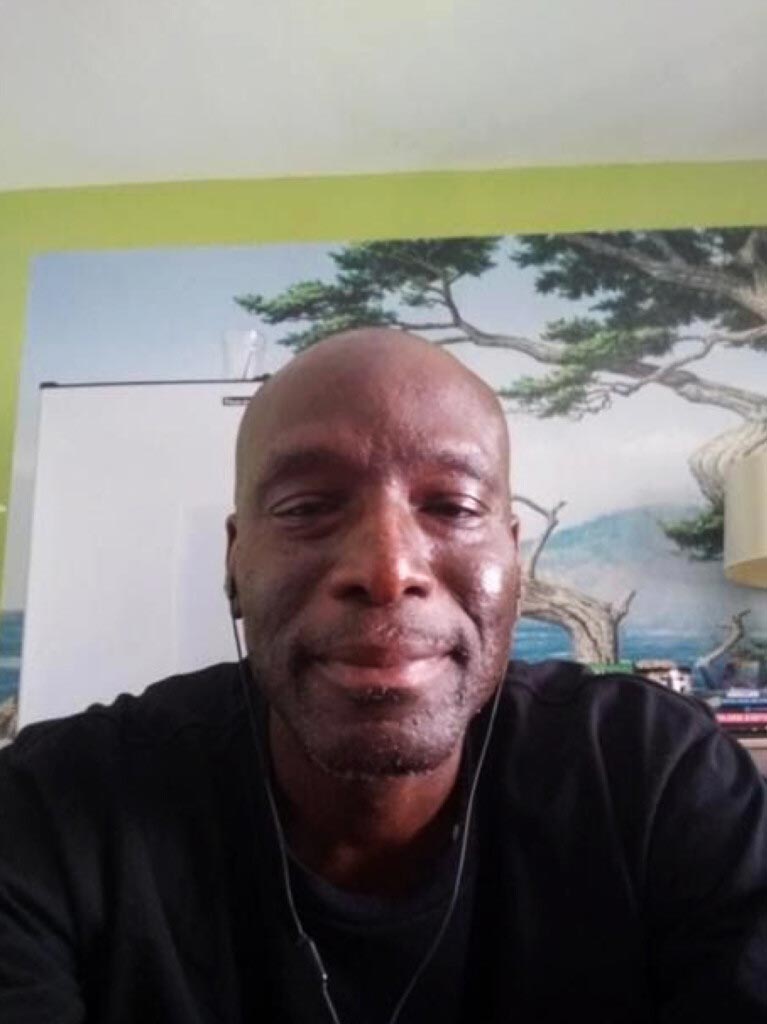 What was your experience like with the filming of Step Inside the Circle?

“My experience with Step Inside the Circle was truly amazing and a true eye opener.  That day allowed me to fully understand just how many people were and are still traumatized by our past childhood experiences.  How our traumas played a very important role as to how distorted our past choices (were) which put so many children into these modern-day concentration camps.”

How did being incarcerated change you?

“Being incarcerated allowed me to grow into the person that I am today.  I was extremely selfish.  I once hated other humans.  I didn’t love myself.  Prison allowed me to understand what true insight really means.  My choices, decisions and every action I played affected so many other people who were connected to me in some type of way.  Today I’m an adult that understands what being a grownup means.  I’m a responsible person, I enjoy the simplest things in life.  Prison in other words allowed me to appreciate the little things in life that so many of us take advantage of. But, the most valuable lesson of all, and what I truly learned from being in prison…was that freedom is a gift, physical freedom is not a given, but it must be respected and honored. Once my physical freedom was taken away from me… I became lost in an abyss of pure nothingness… in other words… I did the time… the time didn’t do me.”

Does one moment stand out amongst the others from your time in prison?

“The one moment that stood out of every situation while I was in prison was the moment that I realized that I needed to change my whole distorted way of thinking.  That’s when I walked away from gangs and any other distraction that would keep me in prison. Anyone within my immediate circle had to have freedom on their minds also… if they didn’t, I walked away from those individuals too.”

Can you tell us about G.O.G.I. (the Going Out by Going In program)

“It’s a twelve-week class given by an inmate facilitator who teaches the class on several topics. Conflict resolution skills, communication and non-violent tactics. Boss of My Brain is a lesson on how humans have what we call a five second light switch… meaning in any given moment in life it only takes five seconds to respond to a situation on whether the outcome will lead to violence or lead to a calming dialogue.  I learned how to rationalize the outcome of any situation.  What we put into our brains/minds will dictate the ending results. If we want to see positive results, we have to keep positive people within our circle. The class also taught me how to eradicate negative thoughts and replace those thoughts with positive actions.”

Do you have any advice for young people who find themselves dealing with ACE (adverse childhood experiences) trauma at home?

“I would advise any youth who may be going through trauma to always find someone to talk to… don’t hold in that negative energy, and most of all, never feel shame for whatever may have happened.  You are not to blame nor are you at fault for being traumatized.”