Portrait of a Human: Ezra Williams 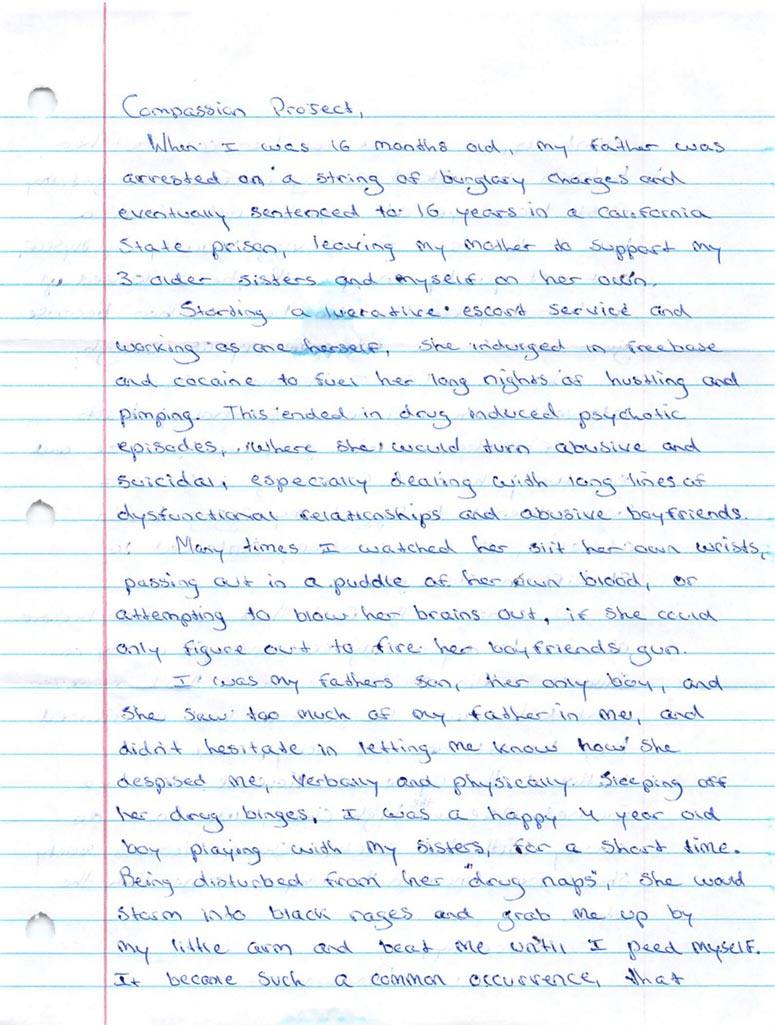 When I was 16 months old, my father was arrested on a string of burglary charges and eventually sentenced to 16 years in a California State prison, leaving my mother to support my 3 older sisters and myself on her own.

Starting a lucrative escort service and working as one herself, she indulged in freebase and cocaine to fuel her long nights of hustling and pimping. This ended in drug induced psychotic episodes, where she would turn abusive and suicidal, especially dealing with long lines of dysfunctional relationships and abusive boyfriends.

Many times I watched her slit her own wrists, passing out in a puddle of her own blood, or attempting to blow her brains out, if she could only figure out how to fire her boyfriend’s gun.
I was my father’s son, her only boy, and she saw too much of my father in me, and didn’t hesitate in letting me know how she despised me verbally and physically. Sleeping off her drug binges, I was a happy 4-year old boy playing with my sisters for a short time.

"If we focused more on the high chair, we could do away with the electric chair. We as a society should focus more on the why of crime than the what."

Ezra Williams
Being disturbed from her “drug naps,” she would storm into black rages and grab me up by my little arm and beat me until I peed myself. It became such a common occurrence, that eventually, I would see her come out her bedroom and start peeing in fear. I got my first black eye at 5 years old, from a kick to the face for playing quietly by myself, but not quietly enough. Maybe I looked up to her boyfriends who beat on her because God knows she whooped my ass enough. Later in life, I became a severe introvert with antisocial personality traits. I self-medicated with pills, weed, booze and eventually heroin. Committing a series of bank robberies to support my raging heroin addiction, I was eventually sentenced to 51-Life in state prison. I consider the fact that I never became abusive to any of my relationships or my own children a win. I became aware that I never wanted to cause the pain I had experienced. Many haven’t been so lucky, and have continued the cycle as violence. If we focused more on the high chair, we could do away with the electric chair. We as a society should focus more on the why of crime than the what. 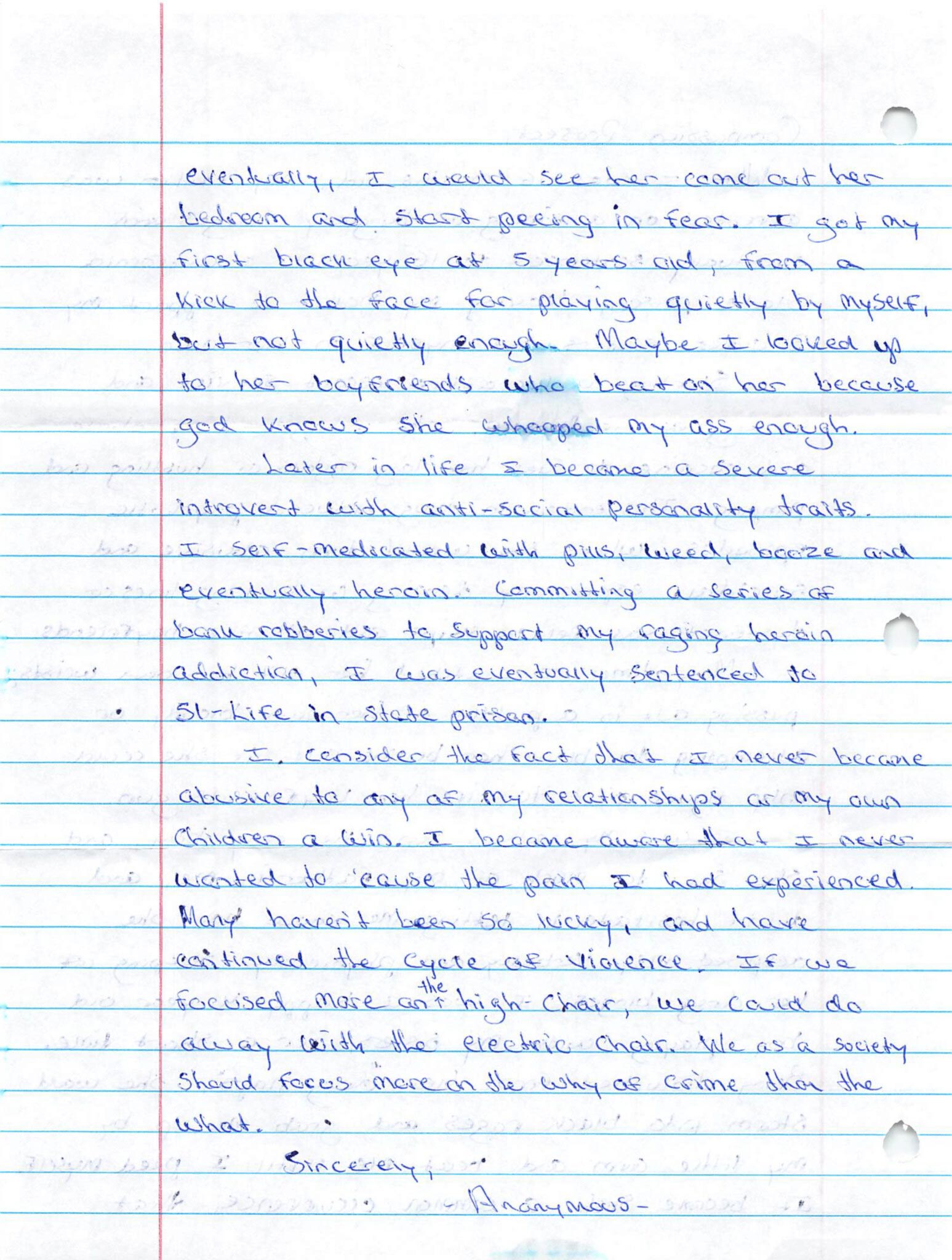 27 February 2021Portrait of a HumanSolitary Confinement

A Compassionate Inquiry with Gabor Maté