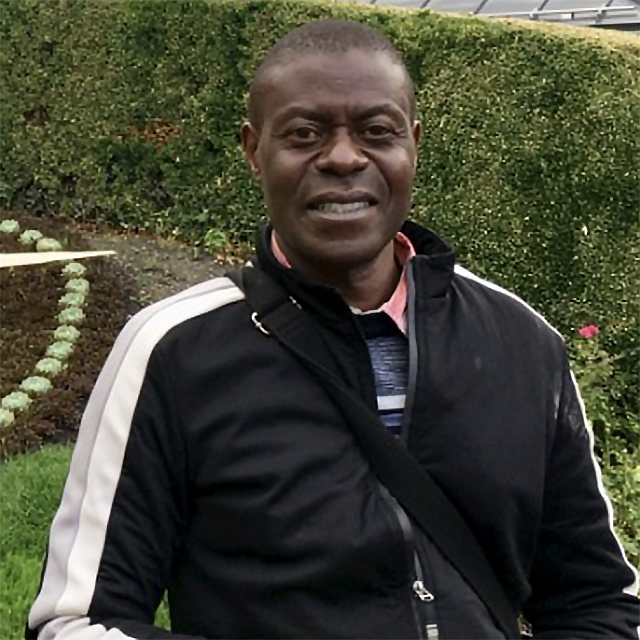 Terence Ayodi, a career Kenya correctional services officer and counselor, currently based at the Regional Prisons Commanders’ Office in Kakamega County in the Western Region of Kenya. He is a graduate from the Kenya Prisons Staff Training College and with a Higher Diploma in psychological counselling from the Kenya Institute of Professional Counselling.

As a counsellor, Terence works with prison inmates and Kenya Institute of Professional Counselling as a private practitioner. With 27years experience in different correctional facilities, he has developed keen interest in reaching out to inmates in humane way to help them actualize their potential and access their personal resources by creating awareness and enhancing self-worth. He initiated several counselling services in all the institutions he has worked for. He now actively practices Logosythensis (a guided change model) as a quicker means of reaching out to inmates and staff at a regional level. Having worked in Borstal Institution (a correctional facility for youthful offenders) for five years he was in 2013, nominated as the best correctional officer in the Borstal Institution and certified.

He began the first ever computer programme for youthful offenders and was the editor for the Borstal Horizon newspaper for five years. He has inculcated in those under him the spirit of teamwork, a concept he uses when working with inmates as a means achieving a common goal. He has a strong conviction in the humanistic approach and providing a climate of congruence, empathy and positive regard, particularly in preparing the incarcerated for a successful and compassionate re-integration into society. He has successfully reintegrated several former inmates and boys who are now in government and in private practice, enhancing community development. He supports children accompanying their mothers to prison up to the age of four years by actively sourcing for basic needs.